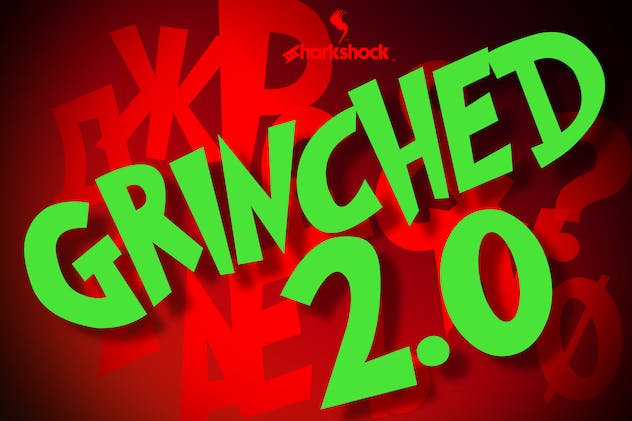 Grinched was my most popular font by far and after several years in need of some updating. After some tweaking here and there the decision was made to completely redraw it keeping several of the original characters intact. 80% of the uppercase letters made their way back into the newer version while nearly all of the lowercase were replaced and redrawn completely. Each letter was carefully re-edited for maximum sharpness and magnification at large sizes. Cyrillic characters were added for Russian and Ukrainian users.